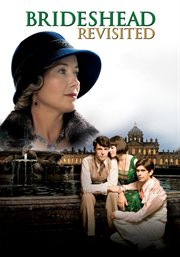 Another English period piece which shows the incredible departure between the commoners and the privileged elite in British society; pretty much like what exists in this country today between fortunate entrepreneurs and the rest of us.

Disappointing remake of the celebrated TV series with Jeremy Irons. Matthew Goode is not Irons's equal as an actor, nor is Ben Whishaw up to portraying Sebastian. The whole project looks rushed and the writers have a poor grasp of British culture between the wars. Avoid.

Having neither seen the '80s Jeremy Irons miniseries, nor having read the novel, my review based solely on this film is one of indifference. I found the score and the trappings of more interest than the quiet desperation and snobbery of these posh over-privileged. Perhaps if I had seen or read the above, my opinion may have been different. As it stands -- not high on my list of period drama.

Attractively mounted film. Plot is weakened by the casting of a rather bland-looking actor in the role of Sebastian, a character meant to symbolize both beauty and love to the emotionally neglected (and thus, vulnerable) protagonist (Charles). This miscasting weakens the film, making one see no tension in Charles's choice between brother and sister. The residents of Brideshead should have been as beautiful-looking as the estate (each beautiful enough to be sought after as a "bride's head" for Charles). Matthew Goode is excellent as Charles, as is Emma Thompson as the controlling religiously-fanatic mother. (Miss Thompson at times looks more beautiful than the daughter!). Worth watching if only to see Thompson and Goode act.

Mathew Goode is gorgeous. Beautifully shot, lighting, costumes, locations are all fabulous. Ben Wishaw is brilliant. Emma Thompson deserves a medal for her performance. The whole cast is amazing. Totally different to the first version with Jeremy Irons, more modern. But I love them both.

The film rushes through the story too quickly and does not allow one to taste the atmosphere or feel the relationships. Even Castle Howard does not act as well as it did in the miniseries (although the fountain was admittedly better). While Sebastian's homosexuality is more overt, there is still not sufficient elaboration of Charles' bi-sexuality, so their relationship remains a puzzle. Charles is more sympathetic in the film, but only because the movie rushes over his limp personality. While the miniseries did a decent job at portraying the Roman Catholicism of early twentieth century, aristocratic England, the religion is only a garish mask in the movie, and it seems hard to see how it would motivate anyone, let alone cripple them. Take the time and live in the miniseries.

Extremely Poor. If you like the book and/or the 1980s mini-series don't waste your time with this movie.

Yes, it's nice looking and there's some very good acting*, but mostly everything in this film reminds you of how good the book and the 1980s mini-series are.

*Emma Thomson is great, though her Lady Marchmain is severe and lacking the appeal taht would draw people to her side. Patrick Malahide as Charles Ryder's father is excellent but he unforyunately doesn't have as much screen time as John Gielgud had in the same role in the miniseries.

Good film made in the grand British style, but a bit slow at times.Emma Thomson is a real beauty nad plays really well

The miniseries based on Waugh's novel was beyond question well ahead of its time for 1981 TV fare: it was widely regarded as a dazzling experience. For all that, to me the long succession of episodes seemed to drag, echoing my impression of so many of the college papers I was then having to correct: a lot of padding to cover for not enough substance. Episode after episode seemed filled with a lot of swanning around, leaving the plotline swamped under a morass of glitter that was both visual - the handsome leads and, of course, Castle Howard and its dreamy grounds - and auditory - Geoffrey Burgon's lush score. Of course, this was a function of a subject that remained risqué at the time. However, the plot was treated so cagily by director Charles Sturridge as to give precious little to puzzle out to anyone, like me, who hadn't read the book - beyond Charles Ryder's adoration of the indolent Lord Sebastian and his opulent castle.

This realization of Waugh's novel, by contrast, is in several ways more satisfying. It has the great advantage of overtness about the relations between the central characters, and about the love triangle that follows. On the negative side, a compression of the story was required by the film's shorter duration -- and it is a long, subtle novel that suffers when oversimplified. Also, John Gielgud is always an impossible act to follow, and his part was a high mark of the '81 production. But his counterpart, Michael Gambon, replaces Sir John's absent-minded indifference with a ringing note of aristocratic disdain, and at least to me stays afloat where most others would likelier sink.

Emma Thompson is also in this, and both supporting parts are sensitive and excellent. As for the leads, the camera does not seem to gloat on them as unrelentingly as the earlier production. This has its advantages -- especially if, like me, you consider that acting is not Jeremy Irons' strong suit, despite vocal skills in a class with Burton's (and Gielgud's, for that matter).

So if you see this, expect more straightforward story-telling and a less leisurely, eye-candy experience. The initial production's outstanding art direction, costumes, etc., are closely matched, and the direction is every bit as good. This more recent production also obtained the rights to use glorious Castle Howard again: a wise move. Some very nice features also come with this DVD.

An easy recommendation, especially if you saw the miniseries.

nadian thinks this title is suitable for 14 years and over

Sebastian Flyte (sitting under an oak with Charles Ryder): "Just the place to bury a crock of gold. I should like to bury something precious, in every place I've been happy. And then when I was old, and ugly, and miserable, I could come back, and dig it up, and remember."