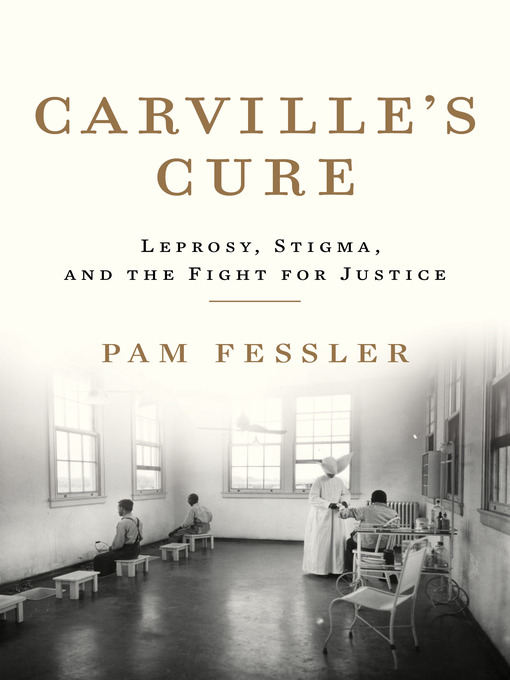 Leprosy, Stigma, and the Fight for Justice

The unknown story of the only leprosy colony in the continental United States, and the thousands of Americans who were exiled—hidden away with their "shameful" disease.

The Mississippi River between Baton Rouge and New Orleans curls around an old sugar plantation that long housed one of America's most painful secrets. Locals knew it as Carville, the site of the only leprosy colony in the continental United States, where generations of afflicted Americans were isolated—often against their will and until their deaths.

Following the trail of an unexpected family connection, acclaimed journalist Pam Fessler has unearthed the lost world of the patients, nurses, doctors, and researchers at Carville who struggled for over a century to eradicate Hansen's disease, the modern name for leprosy. Amid widespread public anxiety about foreign contamination and contagion, patients were deprived of basic rights—denied the right to vote, restricted from leaving Carville, and often forbidden from contact with their own parents or children. Neighbors fretted over their presence and newspapers warned of their dangerous condition, which was seen as a biblical "curse" rather than a medical diagnosis.

Though shunned by their fellow Americans, patients surprisingly made Carville more a refuge than a prison. Many carved out meaningful lives, building a vibrant community and finding solace, brotherhood, and even love behind the barbed-wire fence that surrounded them. Among the memorable figures we meet in Fessler's masterful narrative are John Early, a pioneering crusader for patients' rights, and the unlucky Landry siblings—all five of whom eventually called Carville home—as well as a butcher from New York, a 19-year-old debutante from New Orleans, and a pharmacist from Texas who became the voice of Carville around the world. Though Jim Crow reigned in the South and racial animus prevailed elsewhere, Carville took in people of all faiths, colors, and backgrounds. Aided by their heroic caretakers, patients rallied to find a cure for Hansen's disease and to fight the insidious stigma that surrounded it.

Weaving together a wealth of archival material with original interviews as well as firsthand accounts from her own family, Fessler has created an enthralling account of a lost American history. In our new age of infectious disease, Carville's Cure demonstrates the necessity of combating misinformation and stigma if we hope to control the spread of illness without demonizing victims and needlessly destroying lives.

There are no comments for this title yet.