AustinPL_Terrazas
Austin Public Library
Staff-created list
A list of titles & resources related to and mentioned during the July 1, 2021 edition of the UT Humanities Institute and Terrazas Branch's Controversy & Conversation virtual event, a discussion of the 2015 documentary, "Requiem for the American Dream" written & directed by Peter D. Hutchison, Kelly Nyks and Jared P. Scott In the documentary "Noam Chomsky discusses how the concentration of wealth, and thus the concentration of power, is leading to higher tensions between socioeconomic classes. Chomsky also refers to the ten principles of concentration of wealth and power that has nearly eliminated the middle class and caused unprecedented inequality. Requiem for the American Dream, in effect, observes how the American Dream of working hard to live a wealthy or even comfortable life has collapsed and how the rapid loss of hope has impacted American society.* Robert Jensen, emeritus professor in the School of Journalism and Media at the University of Texas at Austin and a founding board member of the Third Coast Activist Resource Center will be the discussant facilitating the conversation on the documentary. * (from the UT Humanities Institute event page.)
By:

Requiem for the American Dream
DVD - 2016

Requiem for the American Dream
The 10 Principles of Concentration of Wealth & Power
by Chomsky, Noam

Citizens of the Empire
The Struggle to Claim Our Humanity
by Jensen, Robert

A Century of Wealth in America
by Wolff, Edward N.

Profit Over People
Neoliberalism and Global Order
by Chomsky, Noam

The Age of Austerity
How Scarcity Will Remake American Politics
by Edsall, Thomas Byrne

The Wealth of Nations
by Smith, Adam

The Triumph of Injustice
How the Rich Dodge Taxes and How to Make Them Pay
by Saez, Emmanuel

The People's Pension
The Struggle to Defend Social Security Since Reagan
by Laursen, Eric 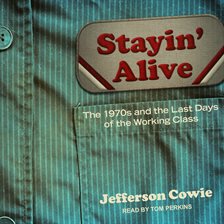 Stayin' Alive
The 1970s and the Last Days of the Working Class
by Cowie, Jefferson R.

Capital in the Twenty-first Century
by Piketty, Thomas

The Theory of the Leisure Class
by Veblen, Thorstein

Affluence and Influence
Economic Inequality and Political Power in America
by Gilens, Martin

The Problem of Democracy
The Presidents Adams Confront the Cult of Personality
by Isenberg, Nancy

Racecraft
The Soul of Inequality in American Life
by Fields, Karen E.

A People's History of the American Revolution
How Common People Shaped the Fight for Independence
by Raphael, Ray

Nature as Measure
The Selected Essays of Wes Jackson
by Jackson, Wes 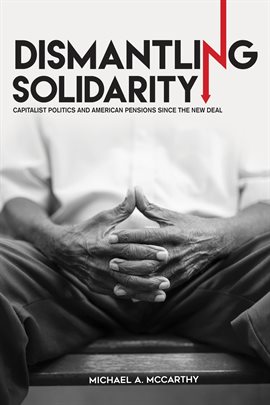 Dismantling Solidarity
Capitalist Politics and American Pensions since the New Deal
by McCarthy, Michael A.